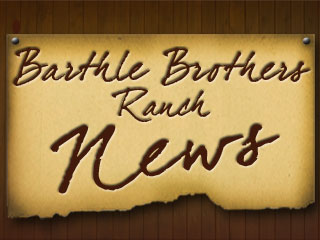 The program recognizes producers whose natural resource stewardship contributes to the environment while enhancing productivity and profitability. Selected by an independent expert panel, regional and national winners showcase to the public the stewardship and business practices that exist together on progressive farms and ranches.

Municipal wellfields have drained much of the surface water on the property, forcing the ranch to offset the loss of grazing with hay production. Instead of relying on surface water for cattle, Barthle Brothers uses a combination of solar- and electrical-powered wells that feed into watering troughs strategically placed around the ranch.

The ranch centerpiece is “Big Fish Lake,” so named for producing the state’s unofficial record-sized largemouth bass. Though the ranch had to restrict access as neighbors and liability issues increased, the family still hosts many educational tours, including recent visits by environmental activists.